Gender: male
Age: 31
Home:  Queen Anne (off W Highland Dr), Seattle, Washington
Ancestry:  Irish (mother) / French/German (father)
Appearance: With fair skin, green eyes, and wavy, reddish-blonde hair, Sinclair gets his coloring from his mother. He’s fortunate that he gets his tall, lanky body from his father. He wears his hair collar length, and his lean face is clean-shaven. He has no visible tattoos or scars.
Favorite Color: Sky Blue
Typical Outfit: Sinclair’s fashion sense appears to be in a state of confusion, somewhere between college yuppie and Seattle grunge. His typical outfit consists of jeans [folded up at the ankle], an untucked button-down oxford style shirt [or a sweater], and a worn leather blazer, accompanied by Dr Martens or lace up leather ankle boots. He always wears long-sleeved shirts. But, if he’s feeling really relaxed, he’ll wear a t-shirt—-under an unbuttoned oxford under the blazer.

Today, I’m interviewing Sinclair Clement, the antagonist in my latest–yet to be named–novel. Thank you, Sinclair, for letting me pick your brain, for letting me allow potential reader to understand who you are.

So what do people call you?

Sinclair, or if they’re close friends, of which I have a few, they call me Sin.

My notes indicate that you live on Queen Anne. Do you like it there, what with all the old mansions and such?

I live with my parents. So don’t go getting any ideas that I actually can afford to live on Queen Anne.

Were you born there?

Actually, no. Until my mo-mother became famous, we lived in a nice part of Renton near where my father works.

So your mother’s famous. How so?

You know that show Frasier? My mo-mo-mother is kind of like that. Sh-she’s a radio psychologist. For awhile it was just a local show, but then one of the LA stations picked it up and it went nation wide. You’ve probably heard of h-her. A-A-Amanda Yesler.

Yesler, as in Yesler Way?

For those of you who don’t know Seattle history, in the mid-1800s Henry Yesler brought the first steam-powered sawmill to the region, allowing the Seattle area to dominate the lumber industry at the time.

So what’s it like to have a famous mother, famous in multiple ways?

Wow, that was an enthusiastic response.

Okay, next question. What do you do for a living?

I teach at Seattle Central. While I’m finishing up my degree, my PhD in literature.

So what do you teach, and how did you decide on a degree in literature?

I mostly teach rudimentary literature classes. You know, the classes you have to take in order to graduate. I do have one class that’s sophomore level, a class in modern lit. We read and analyse really modern day authors, anyone from Margaret Atwood to Vonnegut. We even did a Stephen King short story. Heinlein’s probably my favorite. I find that young people can often relate to someone like Heinlein or King better than they can to Shakespeare or Faulkner.

You sound enthusiastic. I’m really glad to hear a teacher who’s excited about working, one who hasn’t burned out yet.

So what made you pick literature for a degree?

It’s something I’m good at. I love to read. And I do a bit of writing.

I wasn’t supposed to be a literature major though. My father wanted me to be an engineer, like him, and my mo-mother wanted me to be a doctor, a medical doctor. But I suck at math, which pretty much eliminates both of those. Neither of them is too happy with me. My mo-mo-mother especially.

I don’t mean to be rude, but do you have a speech disorder? I notice you stumble on certain words.

No problem. So, if I may ask, you said you’re working on your PhD. What’s you’re thesis in?

Dissertation. You do a thesis for your masters, a dissertation for your doctorate.

[Sinclair pulls at the cuffs of his shirt sleeves, pulling them down over his wrists]

I won’t give you the title because it sounds so pretentious, but it’s about the disparity between a book and its movie. About why and how screenplays can move so far from the origin of the written story.

My favorite one, although when I talk about it in class I have to do a history lesson with my students before I explain it to them, is Howard Hawks’ production of To Have and Have Not. You know, the one with Humphrey Bogart and Lauren Bacall. Well, Hemingway wrote the story, but Hawks didn’t really like it the way Hemingway wrote it. So he used the title and most of the characters… and the beginning of the story, but brought in an out-of-print and financially-strapped William Faulkner to help write the screenplay. The movie is drastically different that the story. And Hemingway wrote it. Can you imagine telling Hemingway I don’t like the way you wrote it? Of course, Faulkner was certainly no slouch either. Imagine having Faulkner help write the screenplay for a novel you wrote.

[pauses, pulls at his cuffs again]

And of course there’s The Shining, the one with Jack Nicholson–at least most of my students know that one–which was a really, really bad production of King’s book by the same name.

Wow, I didn’t know that about To Have and Have Not.

I have a lot of theories. Hence, my dissertation. Soon I’ll be the leading expert on why stuff like that happens.

As useful as that is.

May I ask if you have a girlfriend?

No, no one. There have been a few, a long while back. They didn’t last.

Well, there’s someone I like, but she doesn’t know I’m alive.

I find that hard to believe, a good looking guy like you. I would think you’d have a girlfriend. Or three.

How did you meet her?

I haven’t yet. I’ve seen her at Pike Market. She has a stall there, reads spirit cards or something like that.

So why haven’t you approached her? Sorry, am I being too forward?

It’s okay. It’s just [pauses for a long time, as if gathering his thoughts] she’s so beautiful. And a bit mysterious.

I just know that she would find me wanting.

I think you should ask her out? Worst she can do is say no.

I think I just got dismissed. [I smile to let him know I’m teasing.] So let’s do a couple of fun questions. If you were a tree, what tree would you be?

[thinks for a moment]

Maybe a sequoia. Because they’re so big and imposing.

Hang on. [I look it up on my phone.] It says here that sequoia trees symbolize long life and attaining your dreams.

Sure. If you say so.

Okay, one more, and then I’ll let you go. If you were a rock star, who would you be. And why?

Kurt Cobain because he was a genius with the soul of a poet. He made profound statements while, at the same time, often poking fun. I love his music. Although his taste in women was crap. Maybe that’s why I can relate.

Care to elaborate on that last statement?

You do look a bit like him, except way more clean cut.

One more question. I know I said that last time, but just one more. What smell do you associate with the kitchen from your childhood?

My father is the cook in the family, believe it or not. But even so, he’s not a good cook. So I’d have to say burnt toast. I always knew it was time to get up for school when I smelled burnt toast.

So I’m about to wrap this up. Is there anything you would like everyone to know about you, something I haven’t asked already?

Nah, I think you covered it pretty well.

So do you have any questions for me?

Why me? Why pick me?

Sure. Keep telling yourself that. 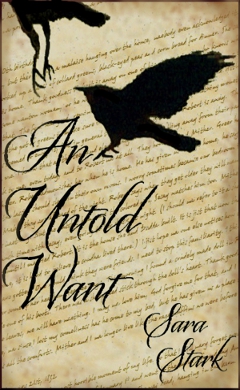 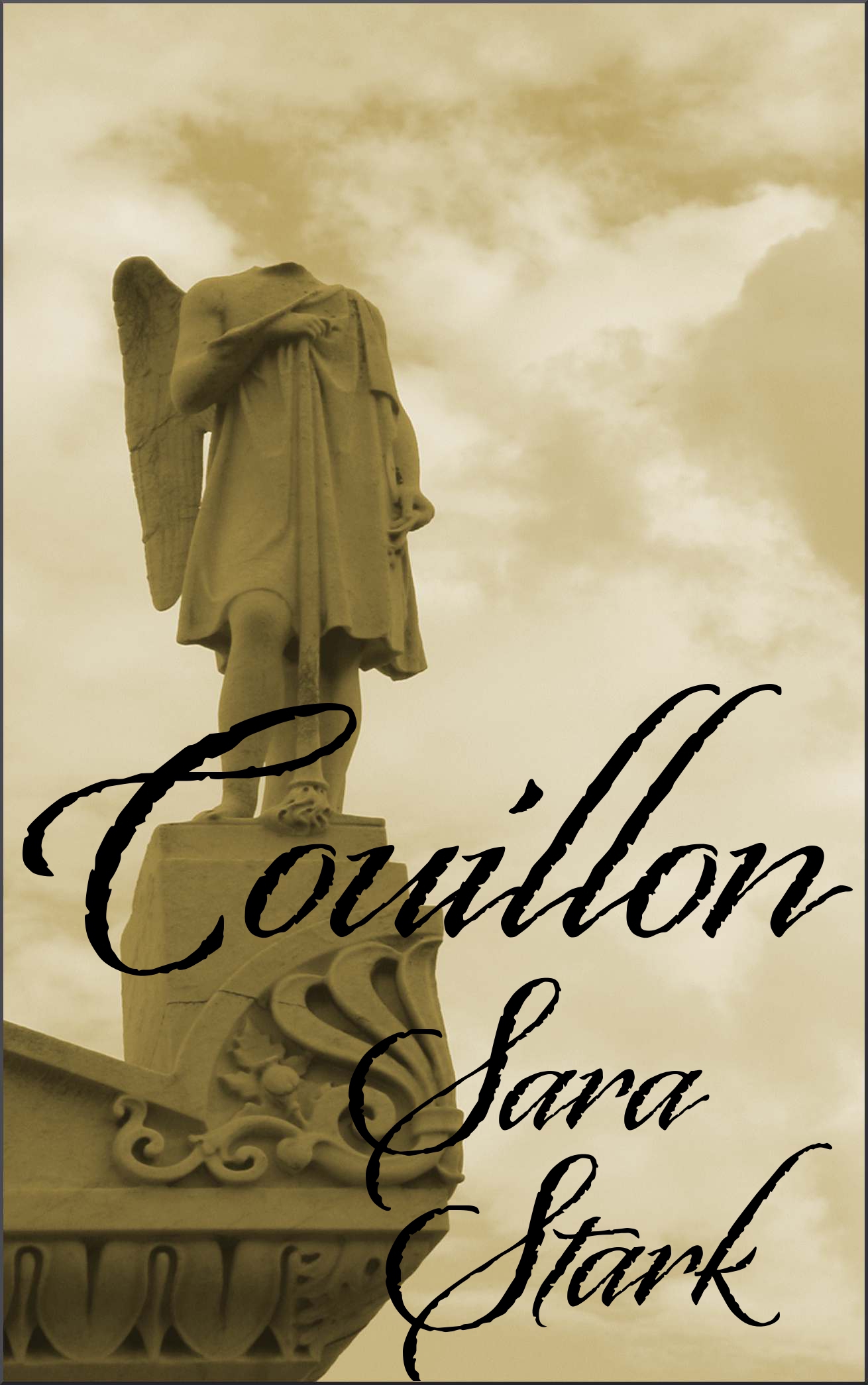