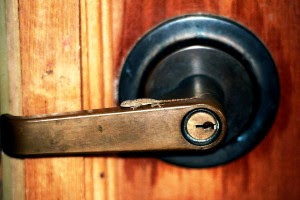 As B-List superheroes go, Lizard Man was not exactly a frontrunner. He sat on the door handle and sighed, wondering if there was a C-List.

The power to transform into a tiny lizard had a very narrow set of advantages.

Sure, he could squeeze into places most other superheroes could not go, but lord help him if there was a cat waiting on the other side.

His young ward, Turtle Boy, looked expectantly at him. “I’ll keep lookout while you slip under the door and get the Psybernetic Crystal.”

It would not be Lizard Man’s finest hour…

And my response is:

Or so he thought. There were too many disadvantages to being Lizard Man. That gecko on TV made everything look easy, cool. It wasn’t.

From the crack beneath the door, he surveilled the room. No easy task from lizard height. No cats, thank goodness. That would have been disastrous, possibly fatal.

He scurried across the evil scientist’s hotel room, hoping to catch sight of the elusive Psybernetic Crystal. Once it was in his possession he’d have the ability to control machines, maybe even robots with his mind. For good. Not evil. Surely that would make him an A-List superhero.

Once sure he was alone, he transformed into his human body. He shivered. The room was darn cold. Perhaps the crystal would also allow him to rematerialize fully clothed.

He scanned the room again, this time with the advantage of human height.

The crystal shimmered like an unfulfilled wish. This was too easy. As he lifted it from its pedestal, electricity surged though him, energized him. His hair stood on end, and he nearly dropped the crystal when the alarm went off.

He had to get out, quick. But how?

He hoped Turtle Boy wasn’t taking one of his numerous naps and was relieved to hear the scuffle in the hallway.

Now to exit the window and climb down the fire escape.

Stepping onto the ledge, he cursed the evil scientist for visiting in winter. Chicago Januarys were darn cold. Especially naked.

NOTE:  On Wednesday afternoon (February 10th), IU opens voting to the public with an online poll for the best writing entry accompanying the photo. Voting will be open until 5:00 PM Thursday.

I’d really really — really —  love it if you’d vote for my entry. No login / user account creation is required to vote.